The polar bear, scientific name Ursus maritimus of the family Ursidae, is a large carnivore that lives in all arctic regions and its range is limited only by the presence of ice. In fact, most of the population lives between the annual glaciers of the continental shelf and in the islands and archipelagos surrounding the pole.

The nations most interested in its presence are: Canada, Greenland, Norway, the Russian Federation, Alaska and some bears can also be found in Iceland.

Polar bears are mostly concentrated in areas where the water is shallow or where currents make the sea rich in food. They also prefer the areas of the quay where they form or where it is possible to make cracks, which are nothing more than accesses to the sea, its hunting territory.

The polar bear is an animal with a rounded body that minimizes heat loss. Under the skin it has a 10 cm thick layer of fat which retains body heat just as black skin absorbs even the smallest amounts of heat. Fur is also an important element for the survival of the polar bear: it is mostly white in color but can also be yellowish especially in summer or take on gray or brown shades depending on the light and is formed by long, very thick hairs that cover the underlying fluff.

The legs are large and wide and this conformation has the double advantage of favoring swimming and functioning like snowshoes that allow the bear not to sink into the snow. Bears are plantigrade animals as they rest on the sole of the foot when they walk.

The head is relatively small compared to the rest of the body and is characterized by a long and tapered snout with small ears and very powerful jaws provided with 42 strong teeth of which the two canines are particularly developed.

They have a very sensitive sense of smell while sight and hearing are not particularly acute.

The polar bear is a great traveler as it is always on the move in search of food and is able to travel even 1000 km along the polar ice pack. They are also very skilled swimmers and can travel long stretches underwater in search of food.

During the summer they can get stuck on the islands, as a consequence of the thaw and withstand the heat until winter arrives.

Polar bears are solitary animals and the periods they spend together with their peers are only those in which the mother takes care of the offspring (about 2-3 years) and when a couple forms for a few days aimed at mating. females with young tend to lead a solitary life and to stay away from males because they would not hesitate to kill the young to feed.

Competitions between bears are not uncommon both for the possession of the female, being very few and with periods of estrus very dilated over time (the female for about 2-3 years, until she has the young, is not available to mate) and for the food.

Polar bears are purely carnivorous animals and their main food is the ringed seal (Pusa hispida) but they also eat and hunt other seal species without problems, including walruses, sea birds with their eggs, small mammals, fish and also any carrion of seals or whales.

In practice, their staple food is seal fat as it is very high in calories.

The polar bear has several ways of hunting. One method is to lurk near the holes in the ice and wait for a seal to emerge to breathe. Another method is to quietly approach a seal that is out of the water and shoot at the last moment to catch it, or another way is to simply chase the prey into the water and catch it.

Once killed, the prey is immediately consumed and the parts that are normally eaten are the skin and fat while the rest is usually left. These remains are consumed by other young and less experienced polar bears or arctic foxes.

Polar bears have the particularity, once they have finished eating, to clean themselves so as not to remain dirty with blood.

REPRODUCTION AND GROWTH OF SMALL

The mating period for polar bears is late winter and early spring. The period in which females are available for mating is very sparse as a female does not mate until she has her young to care for which makes her available approximately every three years. The estrus lasts a few days and during this period the male and the female form a couple.

After mating, the female polar bear begins the gestation period which varies from 195 to 265 days and builds a den, usually in the snow, where she can give birth and raise the young. The den is built within 8 km from the coast and during gestation the female eats to such an extent that she can double her weight.

The puppies are born between the month of November and the beginning of January and the mother will stay with the young without ever separating from them until April. Generally there are two puppies and they weigh about 1/2 kg at birth. Despite being so small, thanks to the particularly fatty mother's milk, they quickly reach 10-15 kg when spring arrives, when they leave the den.

Mothers are particularly loyal in the parental care of their offspring and remain with the young until they have reached the age of 2-3 years.

The sexual maturity of a polar bear is reached no earlier than 5-6 years of age.

The polar bear has no predators except for humans and other polar bears. Males can also kill offspring if they come across them on their way to feed on them.

Man has hunted the polar bear heavily for both its fur and meat.

STATE OF THE POPULATION

The polar bear is classified on the IUNC Red list among vulnerable animals VULNERABLE (VU): therefore considered an animal at high risk of extinction in the wild. It has been estimated that there will be a reduction of its population of over 30% in the space of 3 generations (about 45 years) due to the strong reduction of its habitat. In fact, polar bears need ice to survive, therefore any variation of them is inexorably reflected on the population of this large carnivore.

19 polar bear subspecies have been hypothesized for a total present population of about 20,000 - 25,000 specimens worldwide.

While other bear species have been shown to be able to adapt to climate change that involves changes in their natural habitats, polar bears are too specialized to survive such changes. Other negative factors that can affect their population are pollution, which has now reached the pole (we are talking about the oil platforms of Russia, Alaska and Canada): just think of, for example, the poisoning of their main food, seals as seal fat is very receptive to pollutants.

It must also be taken into consideration that unfortunately some nations still allow indigenous peoples to hunt for subsistence in the third millennium. This happens in Alaska (United States), Canada, Greenland while both Norway and Russia have banned it even if in Russia, after the fall of the Soviet Union poaching has considerably increased. In Canada hunting for sport is even allowed (justifying it as sustainable!) And unfortunately Greenland is also preparing to follow the same path.

If the situation continues to remain the same, the disappearance of the polar bear has been estimated within 100 years.

Polar bears are found in Appendix II (endangered species) of CITES (Convention on International Trade in Endangered Species of Wild Fauna and Flora).

In past centuries, bears have been heavily hunted by indigenous peoples to obtain fur and meat, which unfortunately is still allowed in some areas for subsistence reasons.

Polar bears have always been seen as dangerous animals for humans even if, unless humans seek them, the chances of meeting them are very rare given the low population density of bears and humans in the areas to be you frequent them.

The name Ursus maritimus it means sea ​​bear just to represent its dependence on the sea for survival.

How to plant amaryllis bulbs indoors 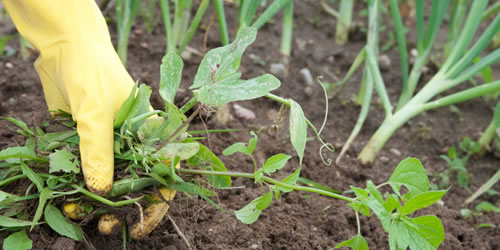 Vegetable plants can you use eliminator weed killer around garden 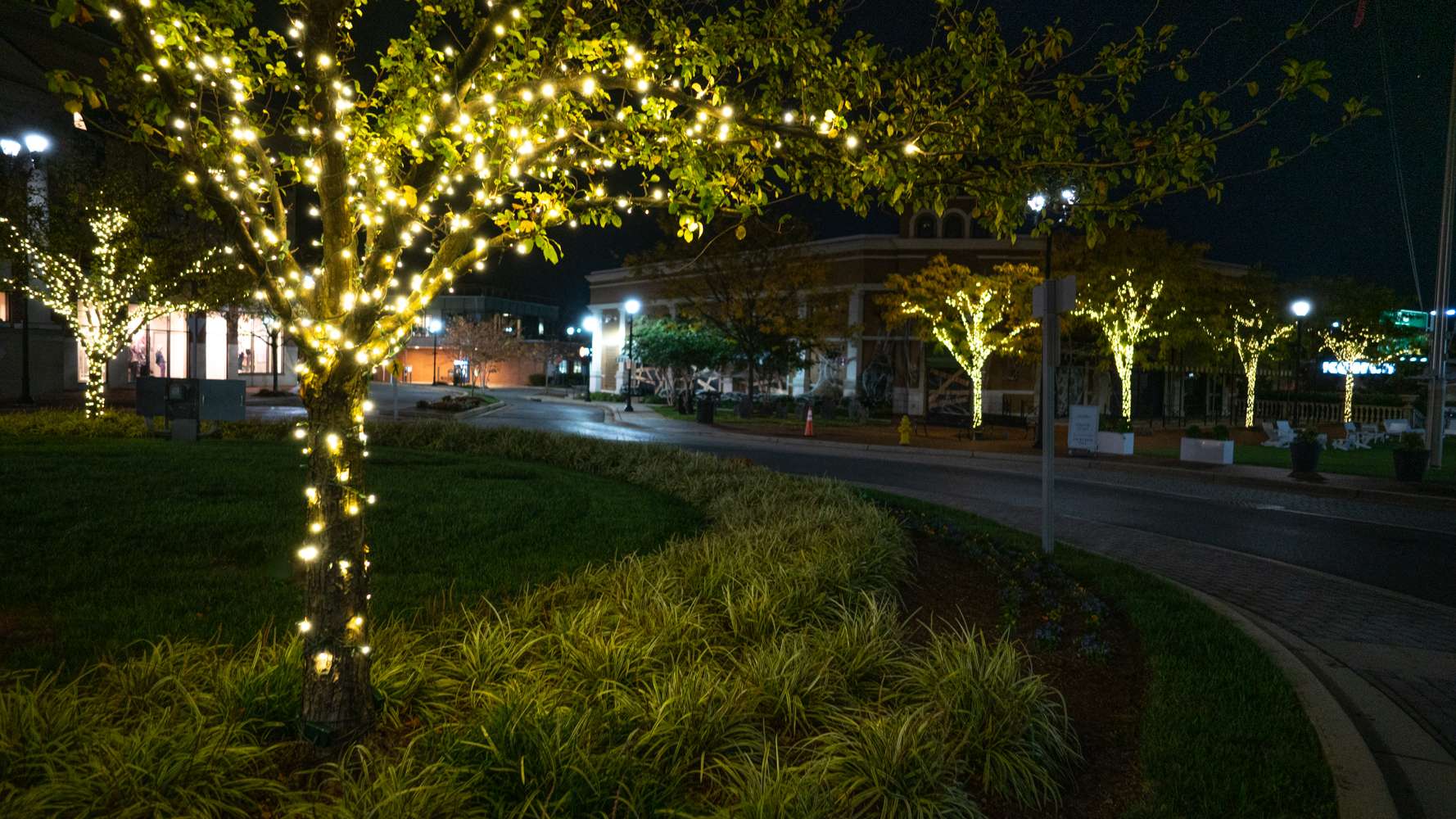 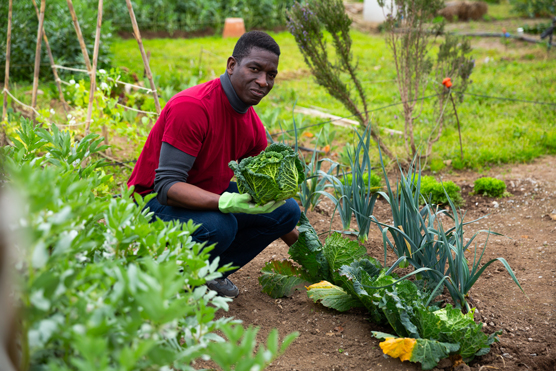 How to place plants in a vegetable garden